I have driven by this location about fifty times and I finally had an opportunity to drop in. It was a rainy Saturday night about 8pm and I was lucky to find a parking space in their lot adjacent to the restaurant. We were greeted with a twenty minute wait which I thought was reasonable and took a lopsided seat on a padded bench which wrapped around a wall and walk way that went up to the bar on another level.

We were graciously seated and it appeared that we were going to have a wonderful time. Matt, our waiter, was friendly and seemed to know the menu. Michelle ordered an ice tea and I opted for plain old water. A basket holding a couple of delicious, freshly baked rolls and butter was presented, but the drinks did not appear for several more minutes. Since this was our first visit we asked Matt a few questions and finally made our choices. Matt stressed that the steaks were super and they made their own hamburger combo using beef, onions, bacon and worchestershire sauce which made the hamburger look well done no matter how it was cooked and that all the food is prepared fresh daily.

I ordered the Blue Peppercorn Burger and for a side I took the Cajun Fries. Michelle ordered Roasted Chicken with a baked potato.  The food was delivered promptly and looked great. I wanted a water refill along with some ketchup and mustard but Matt was busy trying to take orders from a table next to ours where ten or twelve men were seated, ordering multiple bar drinks and asking for individual checks.

After waiting several minutes for the condiments I just started eating. Michelle flagged down another server, and then a third in an effort to get the condiments. I had eaten half the hamburger before the tablespoonful of each arrived. I wasn't impressed with the hamburger and the fries were over-the-top salty. Michelle said her chicken had a funny taste, like some weird spice but she ate about half.

Matt refilled the glasses a couple of times and apologized for his lack of attention indicating that he was a bit overwhelmed with the large party next to us. I asked about Carrot Cake for dessert and mentioned that I really loved it at J. Alexanders, just down the street. He said his was even better! Well, it wasn't!

Once we left Michelle was complaining about having an upset stomach which continued for the next 36 hours. Maybe the funny tasting spice wasn't a spice at all; maybe the chicken wasn't as fresh as Matt said?

I think I could have had a better experience somewhere else for the same money. Michelle's funny tasting chicken was $14.99. My hamburger and cajun fries was $11.99. Add $6.99 for an overly generous slice of so-so carrot cake, soft drinks and tip totals out to $46.00.

I haven't crossed J.Marks off my list, yet. I would like to go back again and try something else.

I need a caption for this photo. Send your ideas to WhitePlateSpecial@gmail.com 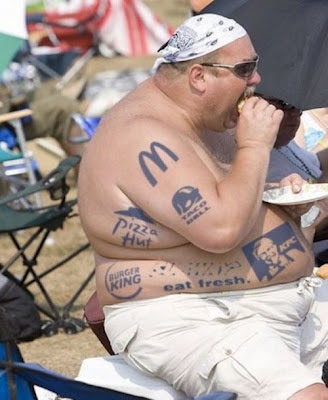