I found this Latin American grill on a coupon site where they had a $25.00 coupon for $2.00. Quite a deal! Dave, Dale and I went by there for a very late lunch one weekday afternoon to try it out. It was about 3:45 pm when we arrived. No wonder the place was empty and the staff was setting up the tables for dinner. We understood the late time and didn't complain about the lack of silverware or condiments on the table.


The place was clean and appeared to be family run. The employees were friendly but there was a small lack of communication because of the language barrier. Dale and I ordered unsweetened ice tea to drink and Dave got his usual diet coke. The iced teas came in huge goblets with over sized straws and looked really murky. I thought maybe it was some exotic special Latin iced tea and remarked the same to Dale. He pointed to the cooler in the corner and said, "Snapple." 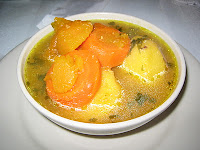 We checked out the menu, made our decisions, and placed our orders. I also asked for sweet-n-low but it didn't arrive before the food was served when I asked for it again.


Since I had that great coupon I thought I would sample their chicken soup. The soup was good. Highly seasoned with large slices of carrots and either potatoes or yucca. My uneducated taste buds couldn't tell. It also had a half of a chicken thigh: bone and all! 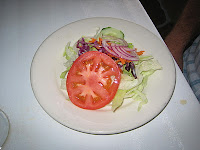 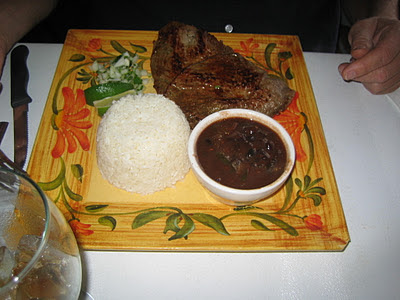 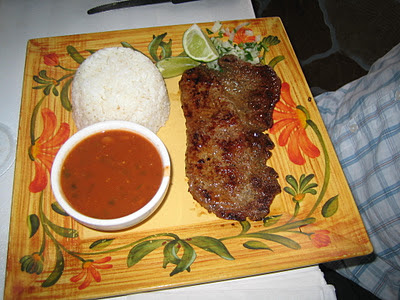 It was quite a gastronomic experience. The food was good although highly seasoned and that might turn off a few people. I think it authentic Latin food and therefore it might be worth the trip just to try it out. I was a little taken aback to pay $2.95 each for a couple of Snapples but that comes with the territory. The Palomilla meals were $9.95 each and the Chicken Primavera was $11.95. Actually it was pretty reasonable for the amount of food. With the soup and Dave's diet coke added in with tax and tip the bill totaled $53.36; less my $25.00 coupon netted $28.36. not bad for a lunch for three, inclusive.

Salt and Pepper Chef is worth a try. I give it three stars out of five. The coupon made it an enjoyable meal. Let me know what you think.