I never would have found this gem if it wasn't for Groupon. They ran a special through Groupon several months ago and since the location wasn't too far off my flight path I thought I'd take a chance. Since my first visit I have been back four additional times. Each time I tried something different.

This is not your typical pizza joint. You walk in past a tall counter behind which sits the pizza ovens and then the place opens up into a large room with a big U shaped bar and several tables. Then when I tasted the food and I KNEW it was different!


Our first test for a new Italian place is the pasta fagioli. We gave Grande's seven fagioli out of a possible ten. Good but not great. The soup was accompanied with a caprese salad. Sliced tomatoes with fresh mozzerella. And we also tried the fried mozzerella.


I usually don't go to a place this many times before writing about it but somehow Grande was under my blogging radar and I neglected it. The first visit was spent on tasting a couple of entrees. They were good and they were plentiful. We ended up taking more than half home to be enjoyed again the next day!


The next three trips were strictly for the pizza and on the latest trip I tried the stromboli. You can read more about the pizza at South Florida Eats: Pizza, my sister blog.

We ended the meal with an order of Zepellis, something different that is also not available at most pizza joints. 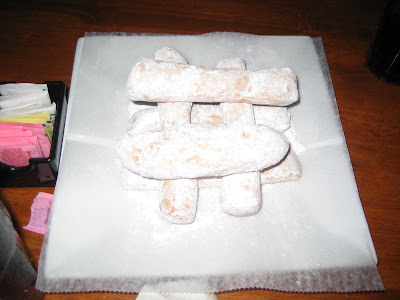 Grande Pizza Company, Boca Raton, has some great food and good service. The atmosphere isn't much unless you're into watching people picking up pizza orders to go, one right after another.